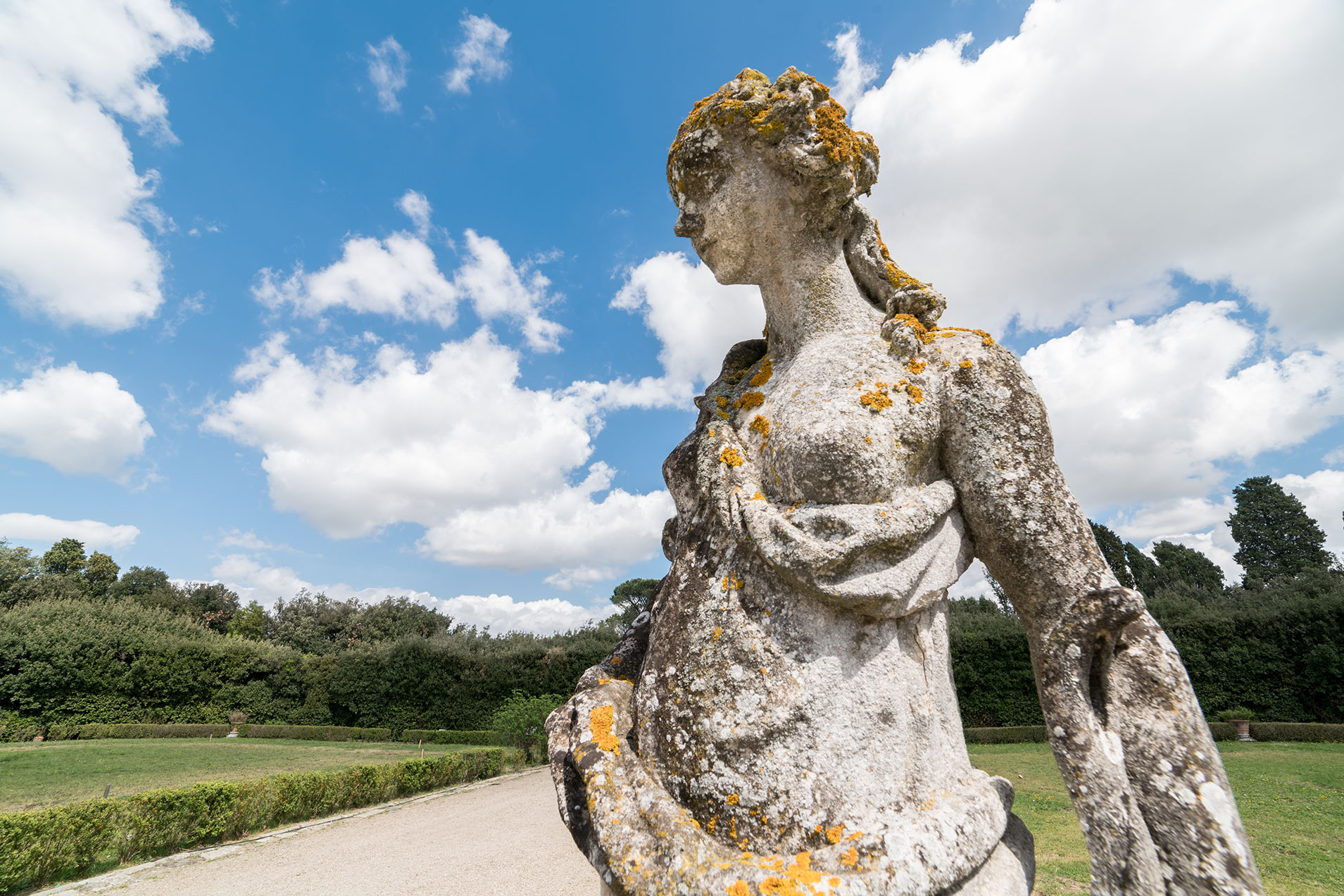 In 1905, the great tenor Enrico Caruso, with his partner Ada Giachetti, visited the Bellosguardo estate and was favourably impressed by it. Encouraged by the woman, he decided to buy the property to make it a residence for periods when he was not working.

At the time, Caruso was already an accomplished opera singer, famous in Europe and in the US, thanks to his performances in all the most famous theatres, from London’s Covent Garden to the Metropolitan in New York.

At the time of purchase, both the villa and park at Bellosguardo had fallen into a state of decline and neglect. The work began with a reorganization of the farms and farmhouses, then moved to the villa and park in 1913. The restoration work proceeded extremely slowly to preserve the ancient building and was presumably finished in 1918.

On Caruso’s death (1921), Bellosguardo passed to his sons Rodolfo and Enrico Jr., who sold it in 1925 to the engineer Bianchi from Milan.

In 1995, the municipality of Lastra a Signa bought the house and surrounding park to set up the Enrico Caruso Museum there, the only one in Italy dedicated to the Neapolitan tenor. Nine rooms house objects related to his daily life and his performances around the world.